You are using an outdated browser. Please upgrade your browser to improve your experience.
by Bryan M. Wolfe
November 26, 2014

Apple would almost certainly like to remove Samsung as a component parts supplier for the company’s mobile devices. In reality, it looks like Cupertino is relying even more on its frenemy to get products made.

A new report from BusinessKorea (via G for Games), states that “this partnership will tighten even further” in the coming months for both the iPhone 6 as well as the Apple Watch.

For Apple’s upcoming wearable device, Samsung has been tasked with supplying application processors.

It looks like the emerging Chinese smartphone manufacturers have become powerful enough to persuade both Apple and Samsung to put some of their differences aside for the(ir) greater good. These are odd times we live in, no doubt.

Meanwhile, Apple “might strike a deal” with Samsung to supply both the NAND flash and the DRAM of upcoming iPhone 6 units. Initial orders featured parts from Toshiba, SK Hynix, and SanDisk.

Earlier this month, AppleInsider said that Apple would be changing to a different type of NAND flash technology on newly produced iPhone 6 and iPhone 6 Plus units because of memory issues.

A source close to Apple has clarified that user-reported issues with large capacity iPhone 6 models are very rare, and that the company does not have any plans to recall the phones due to “faulty hardware,” and that there is not a defect in the Anobit components those models use. The source of the rumor is a minor publication in Korea that is said to have close ties to Samsung.

For more on the rocky relationship between Samsung and Apple, see: Apple may come to Samsung’s rescue, but not until 2015, Samsung’s new Galaxy Note 4 ad calls Apple’s iPhone 6 Plus an imitation, and Apple’s iPhone 6 set to be big hit in Samsung’s home turf of South Korea. 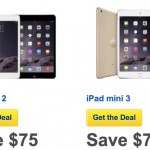 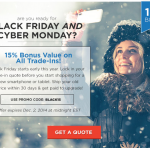 NextWorth is adding 15 percent to all iPhone and iPad trade ins
Nothing found :(
Try something else