Smartphone users in South Korea have been known to favor large-screen handsets or “phablets,” particularly those manufactured by the South Korean tech corporation Samsung. But now that Apple has finally jumped on the big-phone bandwagon with the 4.7-inch iPhone 6 and the 5.5-inch iPhone 6 Plus, Samsung may have to cede a considerable share of the local smartphone market to the Cupertino-based tech giant.

The iPhone 6 and the iPhone 6 Plus are scheduled to go on sale in South Korea on Friday, Oct. 31. Ahead of launch day, the three mobile carriers in the country have been taking preorders for the new devices since last Friday, Oct. 24.

And according to a new report by The Wall Street Journal, in less than an hour, preorders for the new iPhones reached tens of thousands, thereby surpassing the reported launch numbers for Samsung’s new 5.7-inch Galaxy Note 4 smartphone, which was released in South Korea last month:

South Korea’s largest mobile carrier, SK Telecom Co., declined to comment on specific figures but confirmed that the first and second batch of presale orders for the new iPhones have been fully booked. The carrier opened up its third round this morning, a SK Telecom spokesman said.

According to analysts, the new iPhones have reached an estimated 100,000 pre-sale units, more than triple the corresponding 30,000-unit estimate for the Galaxy Note 4.

As rightly noted by Lee Seung-woo, an IBK Securities analyst in Seoul, “with Apple piggybacking on Samsung’s large-screen strategy, there are concerns that Samsung will lose its only advantage, which has been its large screen sizes.” 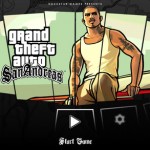 Grand Theft Auto: San Andreas gets optimized for Apple's iPhone 6 and iPhone 6 Plus
Nothing found :(
Try something else