Yet another high-profile Hollywood star has been attached to the upcoming Steve Jobs biopic written by Aaron Sorkin.

As reported by Deadline, Natalie Portman is in talks to join the project. “Character details were not revealed,” the online magazine notes, “but it is expected to be a major role.”

Portman may star as the “heroine” of the film, Lisa Brennan-Jobs, although the role of Jobs’ first child has been rumored to be taken on by Jessica Chastain, who earned an Oscar best actress nomination for “Zero Dark Thirty.”

Portman won the Oscar for best actress for her role in “Black Swan.”

The Israeli-American actress is also well known for her roles in the “Star Wars” prequel trilogy, “V for Vendetta,” and the “Thor” films.

The upcoming Jobs biopic is adapted by Sorkin, who won an Oscar for the screenplay of “The Social Network,” from the “Steve Jobs” biography written by Walter Isaacson.

It’s set to be directed by Danny Boyle, the Oscar-winning director of “Slumdog Millionaire,” with Michael Fassbender (Magneto in “X-Men: First Class”) and Seth Rogen (the title character in “The Green Hornet”) rumored to be in talks to star as Jobs and Apple cofounder Steve Wozniak, respectively.

The project had been under development by Sony Pictures until it was dropped and put into turnaround by the studio last week. It was picked up by Universal Pictures earlier this week. 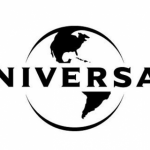