That’s according to a new article by Deadline, which relates a rather unexpected turn in the run-up to the film’s eventual production and release.

“In a shocking development,” the site reports, “the Aaron Sorkin-scripted film about Apple genius Steve Jobs has been put in turnaround by Sony Pictures, and Universal Pictures is making a strong play for the movie.”

The studio switch is expected to be closed by tomorrow at the latest and unlikely to derail the production of the film, which is said to officially start later this year.

The move comes amid the film’s ongoing challenge of casting its lead actor. Michael Fassbender, perhaps best known as Magneto in “X-Men: First Class,” is reportedly in talks to take on the iconic role of Jobs, which has been turned down by Leonardo DiCaprio and Christian Bale.

The movie is set to be directed by Danny Boyle, the Oscar-winning director of “Slumdog Millionaire,” with Seth Rogen rumored to be in talks to star as Apple cofounder Steve Wozniak.

It features a three-act script adapted by Aaron Sorkin, who won an Oscar in 2011 for writing the adapted screenplay of “The Social Network,” from Walter Isaacson’s bestselling “Steve Jobs” biography. 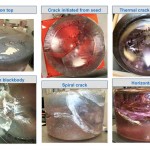 Apple's ill-fated partnership with sapphire maker GT chronicled by WSJ
Nothing found :(
Try something else