The iPhone 6 and iPhone 6 Plus are expected to arrive in at least eight new countries on Friday, Nov. 14. The new handsets are coming to Brazil, Colombia, Costa Rica, Guatemala, Kenya, Lebanon, Nigeria, and the Philippines, according to 9to5Mac.

This news is based on checks with local carriers in each country.

In October, the handsets launched in additional countries including China, Poland, and South Korea.

Apple previously announced that the iPhone 6 and iPhone 6 Plus will be available in 115 countries before the end of the year. 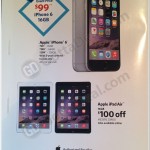 Sam's Club to offer iPhone 6 and iPad Air at $100 off during special sale event on Nov. 15 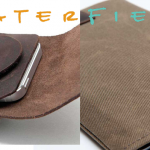 Your new iPhone 6 and iPad Air 2 will love these new cases from Waterfield Designs
Nothing found :(
Try something else