An interesting “iPhone 6s” rumor is making the rounds that sounds somewhat feasible, even though it probably won’t turn out to be true. According to the Stabley Times, Apple will release a new iPhone alongside the Apple Watch early next year, followed by the release of another iPhone in the fall.

The Stabley Times says that a “source we have in the supply chain” provided it with this news.

Apple still can’t keep up with iPhone 6 and iPhone 6 Plus demand, so how in the world could they launch something new in just a few weeks? Besides, the backlash from current iPhone owners wouldn’t be worth it.

The bottom line: It’s very unlikely that Apple will release a new iPhone before September or October. Carry on, iPhone 6 and iPhone 6 Plus owners. 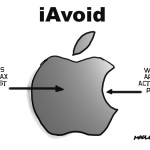 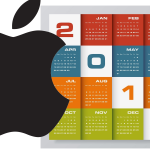 Op-Ed: 5 products that need Apple's attention in 2015
Nothing found :(
Try something else