Apple has reportedly opened its very first official retail store in the Philippines, six years after it launched an online store in the country.

But unlike Apple’s usual standalone retail outlet, the store is part of a multi-brand gadget and appliance center.

The store is located on the ground floor of the newly opened Abensons building at the corner of 5th Avenue and 28th Street in Bonifacio Global City, Taguig, Metro Manila.

The local tech blog YugaTech has confirmed with a marketing manager that the store is indeed an official Apple retail location, as opposed to being an authorized reseller only.

According to the site, although it’s managed by Abensons, the store was curated by representatives from Apple’s headquarters in Cupertino, California, and its construction cost Apple an estimated P50 million ($1.1 million).

The store is set to feature a Genius Bar, which will be staffed by Geniuses upon completion of their training.

Perhaps because of its relatively small-scale operation, the store is not yet listed on Apple’s online list of official retail stores.

Last week, it was reported that Apple would be opening its first retail store in Brooklyn, New York, as early as April 2015. 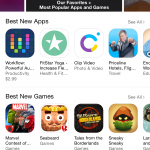 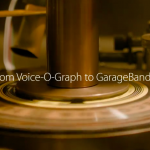 Apple takes us behind the scenes of its holiday-themed ad, 'The Song'
Nothing found :(
Try something else