A little more than a week after a New York judge gave final approval to Apple’s $450 million settlement regarding allegations of e-book price fixing, a major player in the case has spoken publicly for the first time.

Apple’s Eddy Cue, senior vice president of Internet Software and Services, recently talked with Fortune. He negotiated with five of the six major publishers to convince them to join the iBooks Store when it launched in 2010. Apple and the publishers were accused of keeping e-book prices artificially high to fend off Amazon.com.

And despite the court case, Cue said he would “do it again,” but “take better notes.”

“Is it a fact that certain book prices went up?” asks Cue. “Yes. If you want to convict us on that, then we’re guilty. I knew some prices were going to go up, but hell, the whole world knew it, because that’s what the publishers were saying: ‘We want to get retailers to raise prices, and if we’re not able to, we’re not going to make the books available digitally.’ At the same time, other prices went down too, because now there was competition in the market.”

Later this month, Apple will appeal the settlement in front of an appeals court:

“We feel we have to fight for the truth,” says Cue. “Luckily, Tim feels exactly like I do,” he continues, referring to Apple CEO Tim Cook, “which is: You have to fight for your principles no matter what. Because it’s just not right.”

The original case was slated to begin in June, and Apple could have been out $840 million or more in damages. But the settlement was reached just before then.

If Apple fails to overturn the settlement on appeal, consumers could be in line for $400 million. Lawyers will receive the other $50 million.

For other news today, see: Sprint has a nice deal for AT&T and Verizon customers starting Dec. 5, Apple still can’t keep up with iPhone 6 and iPhone 6 Plus demand as holidays approach, and Apple to hold grand opening of new retail store in Toledo, Ohio, on Dec. 6. 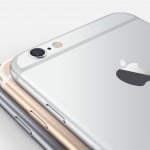 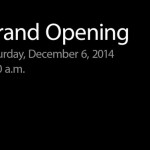 Apple to hold grand opening of new retail store in Toledo, Ohio, on Dec. 6
Nothing found :(
Try something else