A couple of proposed class action lawsuits filed against Apple by some of its retail store employees over supposed wage losses due to its routine security checks have been dismissed.

As reported by AppleInsider, a federal court judge consolidated the two suits and dismissed it as one:

The ruling is largely based on a recent Supreme Court decision in a similar case involving Amazon, which rules that the e-commerce giant’s warehouse workers are not entitled to overtime pay when subjected to mandatory screenings since going through security checks is not part of their jobs.

Plaintiffs in the recently dismissed suit against Apple are given until Tuesday, Jan. 6, to file a motion for reconsideration, preferably with arguments as to its distinction from the Amazon case.

The suit dates back to June last year, when a complaint was first filed against Apple for allegedly denying them due compensation for undergoing bag checks. 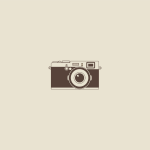 What happened to the Photos app on iCloud.com?
Nothing found :(
Try something else