Remember Paul Shin Devine, the Apple global supply manager who was arrested in 2010 for leaking confidential information to suppliers in exchange for kickbacks? Well, he has just been sentenced with prison time and a fine.

As reported by AP (via 9to5Mac), Devine will spend a year in jail and pay $4.5 million for his wrongdoing:

Paul S. Devine was sentenced in San Jose federal court earlier this week, more than three years after he pleaded guilty to wire fraud, conspiracy and money laundering. The U.S. Attorney’s office announced Devine’s penalty Friday, but declined to explain the reason for the lengthy delay in his sentencing.

Devine originally faced up to 20 years in prison for his scheme, which reportedly earned him just over $1 million in kickbacks.

According to the indictment served upon his arrest, Devine, who began working as Apple’s global supply manager in 2005, obtained confidential information about Apple’s iPhone and iPod products and relayed it to the devices’ manufacturers. The suppliers then paid Devine kickbacks and used the information he shared to negotiate favorable contracts with Apple. 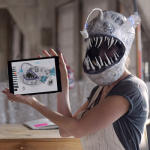 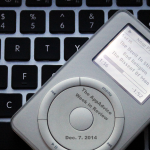 The AppAdvice week in review: The 'iPhone 6s,' Steve Jobs, Facebook and more
Nothing found :(
Try something else