You are using an outdated browser. Please upgrade your browser to improve your experience.
by Bryan M. Wolfe
December 5, 2014

Mark Zuckerberg suggests that Apple products are too expensive. The Facebook CEO made the comments to Time while discussing his plan to bring the Internet to every corner of the world

Last September, Apple CEO Tim Cook said “A few years ago, users of Internet services began to realize that when an online service is free, you’re not the customer. You’re the product.” His comments came as Apple launched a campaign focused on user privacy.

Though Cook’s statements were pointed towards Google, Zuckerberg felt they could have also been directed at Facebook.

Instead of charging for services, Zuckerberg says that companies such as Facebook should have a mission to “connect every person in the world.” He adds, “You don’t do that by having a service people pay for.”

“A frustration I have is that a lot of people increasingly seem to equate an advertising business model with somehow being out of alignment with your customers,” Zuckerberg says. “I think it’s the most ridiculous concept. What, you think because you’re paying Apple that you’re somehow in alignment with them? If you were in alignment with them, then they’d make their products a lot cheaper!”

In 2013, Zuckerberg formed a coalition of technology companies committed to bringing the Web to everyone. Besides Facebook, the group, Internet.org, includes Ericsson, Qualcomm, Nokia, and Samsung.

The organization describes itself as “a global partnership between technology leaders, nonprofits, local communities and experts who are working together to bring the Internet to the two-thirds of the world’s population that doesn’t have it.”

See also: Facebook tries to emulate Snapchat once again with the introduction of Slingshot 2.0, Alabama bill against LGBT discrimination to be named after Apple CEO Tim Cook, and Apple’s market capitalization reaches a record $700 billion. 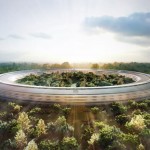