Apple had its say, now we want to hear from you. In the coming weeks, AppAdvice will be publishing our annual lists of the best iOS apps and games of the past year.

To qualify, the title must have been released on or after Jan. 1. As we have done in the past, our lists will be broken down by device (iPhone/iPod touch or Pad) and price (free or paid).

We’ll be publishing our lists beginning Friday, Dec. 26 and continuing through Wednesday, Dec. 31. 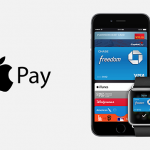 My Apple Pay experience at Bloomingdale’s left me feeling Ugg