You are using an outdated browser. Please upgrade your browser to improve your experience.
All the Stores - App Store, iTunes, & Retail
by Aldrin Calimlim
January 19, 2015

Apple has terminated its agreement with registered developers in Crimea in compliance with sanctions ordered last month by the U.S. and the EU against the contested peninsula in Ukraine, which was annexed by Russia in March last year.

As reported by TechCrunch, the move has been announced by the Cupertino-based company in an emailed notice of termination of its registered Apple developer (RAD) agreement with developers in the region:

Apple May terminate your Status as Registered Apple Developer A at Any time at ITS Sole Discretion Under the RAD Agreement. The new sanctions on the Crimea Region announced by the US Government on December 19, 2014 and announced by the European Commission on December 18, 2014 prohibit the continuation of the RAD Agreement between you and Apple. For more information, please review Executive Order 13685 and the European Commission Notice.

This is but the latest in a string of changes applied by Apple in relation to its dealings with Russia.

Last month, extreme fluctuations in the ruble forced the company to increase the prices of products on its online store and apps on the App Store in the country. Further price changes on the Russian App Store were made by Apple earlier this month. 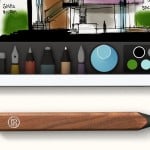