You are using an outdated browser. Please upgrade your browser to improve your experience.
The Pocket Theatre
by Brent Dirks
January 26, 2015

I’ll happily admit I spend way too much money on my monthly cable service. Including Internet, and I’m forking over more than $150 per month to Verizon for a whole lot of channels I never watch.

With two young kids and a love of all things HBO, I’ve never realistically thought about trying to cut the cord to save money. But earlier this month at CES in Las Vegas, Dish Network unveiled an interesting new option with its Sling TV service.

The premise is simple. For $20 a month, you can watch a number of popular live TV channels – including ESPN, ESPN 2, TBS, and TNT – on an iPad or iPhone and a number of other platforms like Roku, Amazon’s Fire TV and Fire TV Stick, and others.

Think of it as Netflix for TV. There’s no commitment, credit check, or hardware required for the service. And you can cancel anytime.

I’ve been testing the service out for the past few days and have generally been pleased with what it offers. 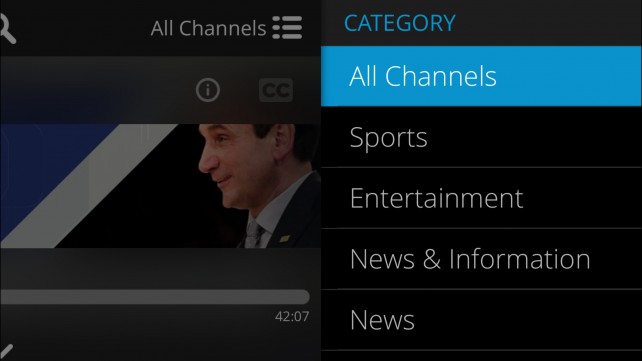 The Sling TV iOS app is well designed and easy to use.

If you’re using either an iPhone or iPad to watch, you’ll need to download the free Sling TV app from the App Store. After entering your credentials, it is easy to jump right in and find something you’d like to watch.

The picture quality has been nice on both devices, with a slight edge toward the true widescreen experience on my iPhone 6 Plus. You do have the ability to select the streaming quality so you can save data while using a cellular signal.

But the “No Limit” setting was crisp and clear on both devices and was very similar to the high-quality Netflix stream.

For a true TV experience, I also tried out the service using a Roku 3 streaming media device. The image was near-HD quality on my 55-inch television, and the interface was extremely simple to use.

Speaking of streaming media devices, I’ve got some bad news for Apple TV fans. After trying more than a few times to use AirPlay to send the video to my Apple TV, I gave up. Hopefully that issue will be taken care of by the time the service officially launches.

Even though I like Sling TV, probably the most disappointing aspect is the current state of the VOD offerings. I’m a TiVo junkie, and was disappointed to find that the DVR-like features are currently limited to a few lesser-known channels like Bloomberg TV, DIY, and the Food Network. For the major draws of the service, like ESPN and ESPN 2, you’ll have to make do with what is showing right now. There’s no option to pause, rewind, or fast-forward. Even so, Sling is promising to add those features to all channels soon, and that will make the service much more useful. 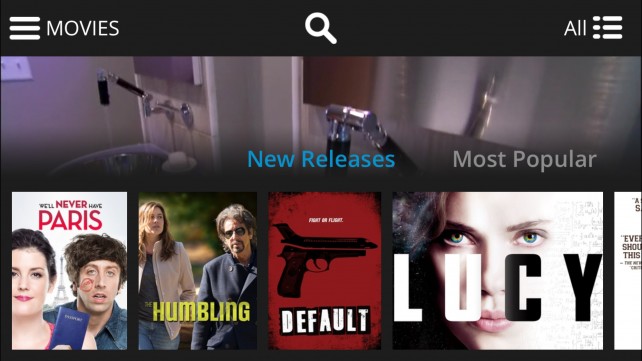 Viewers can also rent a number of movies through the service.

Viewers also have the choice to rent some on-demand movie titles for an extra fee, including some blockbusters like “Guardians of the Galaxy” and kid-friendly titles like “Maleficent” and “Dolphin Tale 2.”

Starting at 12:01 a.m. EST tomorrow, Sling will be sending out invites to users who preregistered on Sling’s site. Invitations will continue to roll out until the wider market launch, which is expected in around two weeks. 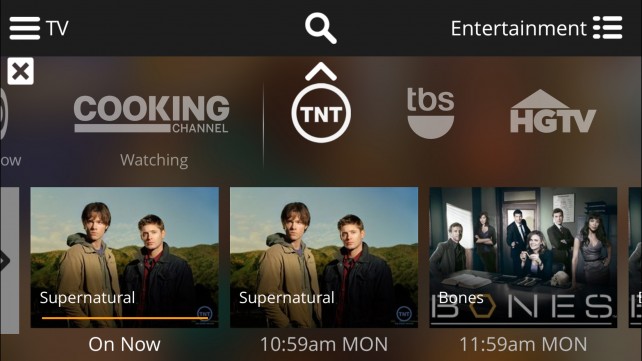 For most of the major channels, you’ll have to make due with a live feed.

When it launches, viewers will be able to sign-up for a free one-week trial to try out the service. Sling is also promising to offer a device bundle package that should be announced soon.

Other future additions to the service will include the best of online video from Maker Studios and a Sports Extra add-on pack that will bring more ESPN channels into the mix.

So, is Sling TV worth its asking price? In general, I’d say maybe. While Dish is marketing the service toward younger viewers who simply never have added a cable package, it could be very useful for viewers just wanting the pay-tv basics on top of Netflix, iTunes purchases, Amazon Instant video, and the like.

It’s a great start, and hopefully Sling TV will improve over time without making the service more expensive. And for $20 a month and no commitment, it’s at least worth it to give it a try and see how you like it.

I’m hopeful this is the start of something big for TV viewers, and that it is another step to a la carte pricing for cable channels. But for now, at least in my case, I’ll be forking over my money to Verizon for a little bit longer. 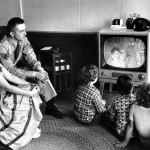 2015 could finally be the year we can cut the cord
Nothing found :(
Try something else