The Internet service will be available through a number of platforms, including iOS devices and Macs. Other outlets include Amazon’s Fire TV and Fire TV Stick, a number of smart TV sets from LG and Samsung, and the Xbox One game console.

TV fans wanting more channels, can select other add-on packs for an additional $5 per month.

Viewers will be able to pause, rewind, and fast-forward most live channels and video on demand options. For some channels, Dish is promising a 3-Day Replay feature that will stream selected shows that have aired in the past three days without a DVR.

No commitment, contract, credit check, or hardware installation is required for the service.

Late last year, HBO also announced that it will offer a standalone streaming service through the Internet to viewers sometime this year.

For other news today, see: CES 2015: Control your home via Siri with the HomeKit-certified Switch from iDevices, Check out this 4K drone’s eye view of Apple’s spaceship-like Campus 2, and Ultimate Ears unveils the UE MegaBoom mobile speaker. 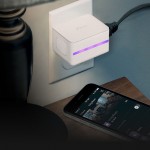 CES 2015: Control your home via Siri with the HomeKit-certified Switch from iDevices 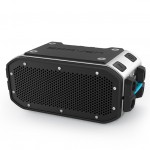 CES 2015: Braven’s BRV-PRO is a modular Bluetooth speaker made for the outdoors
Nothing found :(
Try something else