As expected, Apple has begun selling SIM-free unlocked versions of the iPhone 6 and the iPhone 6 Plus, over three months after the pair’s release.

Since their launch, Apple’s latest flagship smartphones have been offered in the U.S. with a carrier contract on AT&T, Sprint, or Verizon, or unlocked and contract-free on T-Mobile. But now, they’re also available unlocked and SIM-free through Apple’s retail and online stores in the country.

You can use a SIM-free unlocked iPhone 6 or iPhone 6 Plus with a SIM card on any supported carrier worldwide. As noted by Apple, “If you don’t want a multiyear service contract, or if you prefer to use a local carrier when traveling abroad, the unlocked iPhone is the best choice.” 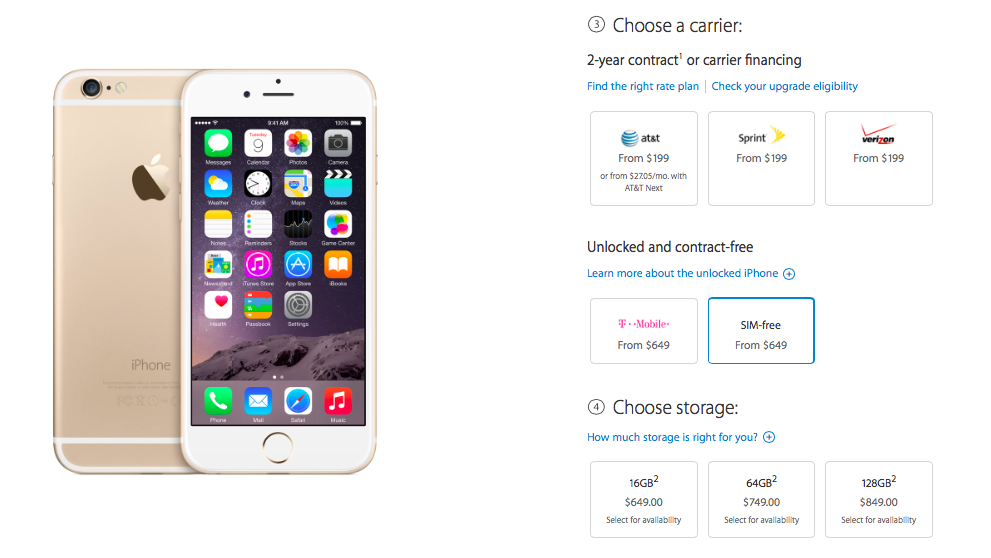 See also: Volkswagen to integrate with Apple’s CarPlay later this year, Apple to discuss financial results for first fiscal quarter of 2015 on Jan. 27, and As the Apple Watch launch gets closer, some unanswered questions remain.