You are using an outdated browser. Please upgrade your browser to improve your experience.
WatchWare
by Aldrin Calimlim
January 21, 2015

In order to compete with the Apple Watch, TAG Heuer may have to jettison the prestigious “Swiss Made” label.

That much is said by Jean-Claude Biver, the watch business head of TAG Heuer’s parent company, LVMH, in a new interview with Bloomberg.

The Swiss Made label is applied to watches half of whose movements are produced in Switzerland. But given that the country lacks the know-how to work on the more advanced technologies that will run on its smart watch, TAG Heuer will need to partner with companies in Silicon Valley in order to develop the device:

For a smartwatch, “we can’t produce the engine, the chips, the applications, the hardware — nobody can produce it in Switzerland,” Biver said. “The hardware and the software will come from Silicon Valley. But the watch case, the dial, the design, the idea, the crown, that part of the watch will, of course, be Swiss.”

TAG Heuer is expected to reveal its partnerships with other companies for its smart watch in the coming weeks.

But even as the company is working to release its own smart watch, Biver admitted that he would likely use the Apple Watch as well for reasons, aptly enough, related to time:

TAG Heuer revealed its plans to release its very own smart watch just a few days after Apple unveiled the Apple Watch in September last year.

The Apple Watch is rumored to be officially launched by the end of this March. Its marketing is presumably handled by a team that includes Patrick Pruniaux, the former vice president of sales and retail at TAG Heuer.

Before the unveiling of the Apple Watch last year, Apple design chief Jony Ive was reported to have suggested that Switzerland could be in “trouble” following the arrival of his company’s entry to the smart watch — and even luxury watch — market.

See also: FDA: The Apple Watch is a wellness tool, not a medical device, The first Apple Watch arrived 20 years ago, and The AppAdvice week in review: Is the Apple Watch doomed? 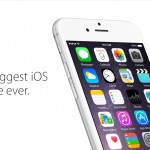 After the holiday season, iOS 8 adoption rises to just 69 percent 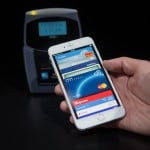