You are using an outdated browser. Please upgrade your browser to improve your experience.
That iThingy You're Wearing
by Brent Dirks
January 22, 2015

After months of speculation, a new report is shedding a bit more light on the Apple Watch’s battery life. Mark Gurman from 9to5Mac has yet another scoop on the first Apple wearable device.

According to our sources, Apple opted to use a relatively powerful processor and high-quality screen for the Apple Watch, both of which contribute to significant power drain. Running a stripped-down version of iOS codenamed SkiHill, the Apple S1 chip inside the Apple Watch is surprisingly close in performance to the version of Apple’s A5 processor found inside the current-generation iPod touch, while the Retina-class color display is capable of updating at a fluid 60 frames per second.

As for actual battery life, Apple is targeting somewhere around two and a half to four hours of life for “active application use.” In a combination of active and passive use, Apple is hoping for around 19 hours on a single charge.

For low power or standby mode, users should be able to squeeze around two to three days from the battery before needing to be recharged.

Interestingly, to get a better idea of battery life, the report also says that there are nearly 3,000 test units active. That is a surprisingly high number for Apple.

There have also been some issues with the watch’s induction charging method that Apple hopes to fix before the device’s introduction.

I’m not particularly surprised by these new battery life numbers. Apple said upfront that the device will have to be charged nightly. Most users should be pleased with the 19 hours of active and passive use.

Originally unveiled back in September, along with the iPhone 6 and iPhone 6 Plus, the Watch is expected to land in “early” 2015. The latest rumors peg the device’s introduction before the end of March.

The watch will start at $349 for the low-end Sport model. Apple is also offering two other collections – the Apple Watch and Apple Watch Edition.

For other recent Apple Watch news, see: Letterpad, an upcoming game from NimbleBit, will be playable on the Apple Watch, An industry expert discusses Apple Watch pricing, features and the possibility of a buyback program, and To compete with the Apple Watch, TAG Heuer has to drop the ‘Swiss Made’ label. 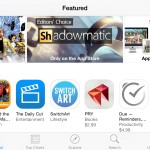 Battle of the iPhones: A Comparison Guide
Nothing found :(
Try something else