You are using an outdated browser. Please upgrade your browser to improve your experience.
All Things Mac
by Brent Dirks
February 17, 2015

Apple Pay could soon be making the move to Mac.

According to a new story from Apple.club.tw, future editions of the MacBook Air, MacBook Pro, Magic Mouse, and Magic Trackpad will all offer the Touch ID functionality needed to support the system.

Interestingly, the first Mac to offer an integrated Touch ID sensor could be the long-rumored 12-inch Retina MacBook Air. The site says that the biometric sensor will probably be placed directly above the laptop’s trackpad.

With integrated Touch ID support on a Magic Mouse and Magic Trackpad, Apple could bring the system to desktop users as well.

The iPhone 6 and iPhone 6 Plus are currently the only devices that can be used for in-store and online purchases. The iPad Air 2 and iPad mini 3 support only online Apple Pay use.

Allowing the Mac laptop and desktop users to shop securely online using Apple Pay could easily add another spark to the initiative.

While Apple.club.tw did leak accurate images of iPhone 6 and iPad Air 2 before their launch, I’m truly skeptical of the Touch ID feature coming to the Magic Trackpad and Magic Mouse.

Desktops are a small part of the overall Mac sales, and both accessories are overpriced already with a $69 price tag. How much would a Touch ID sensor add to the cost of both? It makes more sense to just add Apple Pay to the MacBook Air and MacBook Pro.

The 12-inch Retina MacBook Air could arrive as early as March. It will reportedly feature a significant redesign and be thinner than previous models.

For other news today, see: The Apple Watch: What it won’t have and more on those crazy price points, Apple fans are going to love an upcoming episode of ABC’s ‘Modern Family,’ and Dropbox update brings a powerful and handy iOS 8 share extension.

The Apple Watch: What it won’t have and more on those crazy price points 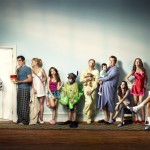 Apple fans are going to love an upcoming episode of ABC's 'Modern Family'
Nothing found :(
Try something else