You are using an outdated browser. Please upgrade your browser to improve your experience.
Head In The Cloud
by Brent Dirks
February 17, 2015

Dropbox is getting a lot more useful for iOS 8 devices. The official app of the cloud storage service has just been updated to version 3.7.

The major addition is an iOS 8 share extension. That allows users to save files from any number of apps directly into their Dropbox.

You’ll first need to turn on the sharing extension for Dropbox. That can be done quickly and easily. One of the simplest ways to do that is to select a photo from your Camera Roll and then choose the share sheet icon, which is a square with an upward facing arrow on the bottom left corner.

After doing that, go to the end of the second row and select “More.” You’ll want to toggle “Save to Dropbox” to the on position. It will then be set up. Along with images, you can save a number of other files like PDFs directly to the cloud storage service.

A universal app designed for the iPhone/iPod touch and iPad/iPad mini, Dropbox can be downloaded now on the App Store for free.

Users receive 2GB of storage for free. A pro subscription, which includes 1TB of storage, can be unlocked with an in-app purchase of $25.99 for three months or $99.99 per year.

Despite less expensive cloud storage options out there, I’ve continued to use Dropbox because of the powerful iOS app and easy-to-use interface. I’m very happy to see the new sharing functionality.

Before today’s update, the last major revision to the app arrived back in December. Version 3.6 ushered in the ability for users to rename files and folders directly from the app.

For other news today, see: Outwit your opponent in Versus Space Battle, a multiplayer arcade game coming later this month, Microsoft Office for iOS adds iCloud and Box integrations, and To the ‘side Dock’ people: Why my Mac’s Dock stays on the bottom. 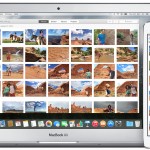 Apple's new Photos for Mac application could be hurt by storage costs, or present an opportunity