You are using an outdated browser. Please upgrade your browser to improve your experience.
Apple Doomed Or Ready to Boom?
by Bryan M. Wolfe
February 2, 2015

The iPhone is Apple’s golden boy; the iPad, not so much.

For the first time, iPad sales and those for the worldwide tablet market have dropped year over year, according to a new survey from market research firm IDC.

For the quarter, Apple’s share of the tablet market stood at 28.1 percent, compared to 14.5 percent for Samsung. Lenovo (4.8 percent), Asus(4 percent), and Amazon (2.3 percent) followed. A significant 46.2 percent of worldwide tablet sales were for devices from other providers. 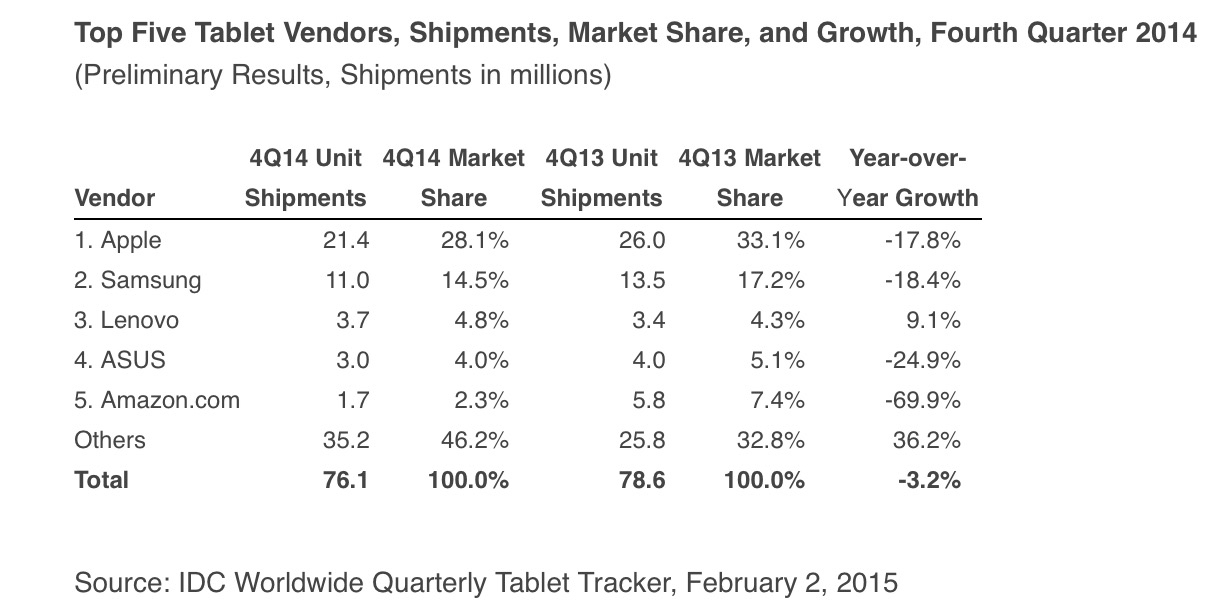 Although Apple expanded its iPad lineup by keeping around older models and offering a lower entry price point of $249, it still wasn’t enough to spur iPad sales given the excitement around the launch of the new iPhones. Meanwhile, Samsung’s struggles continued as low-cost vendors are quickly proving that mid- to high-priced Android tablets simply aren’t cut out for today’s tablet market.

Last week, Apple announced it had sold a record 74.5 million iPhone units between October and December 2014. At the same time, sales of Apple’s tablet line fell for a fourth quarter in a row.

In trying to explain the iPad’s slide to investors, Apple CEO Tim Cook noted “There’s probably some level of cannibalization that’s going on, with the Mac on one side and the phone on the other.” At the same time, he reminded folks that the iPad remains the top-selling tablet line in the world.

Cook noted that new iPad products were in the pipeline. However, he didn’t mentioned the long-rumored 12.9-inch “iPad Pro,” which could arrive later this year.

As I noted previously, I think Apple would be wise to introduce a larger iPad — while also ditching the iPad mini line, which seems to have been compromised by the arrival of the 5.5-inch iPhone 6 Plus. Nonetheless, I still believe that the bulk of iPad sales will revolve around a 9.7-inch model.

I’m not the only one at AppAdvice who wants to see Apple release a larger iPad. Daniel Celeste recently published an op-ed, Why Apple should give us an ‘iPad Pro’ with a yucky stylus. 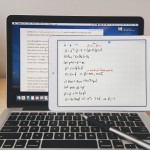 Op-Ed: Why Apple should give us an ‘iPad Pro’ with a yucky stylus
Nothing found :(
Try something else