You are using an outdated browser. Please upgrade your browser to improve your experience.
That iThingy You're Wearing
by Bryan M. Wolfe
February 16, 2015

Designed “for a sophisticated and cosmopolitan wearer that delivers unparalleled technology and performance,” the LG Watch Urbane has a stainless steel body available with a polished silver or gold finish. It ships with a stitched natural leather strap, which can be replaced with any 22mm wide band. 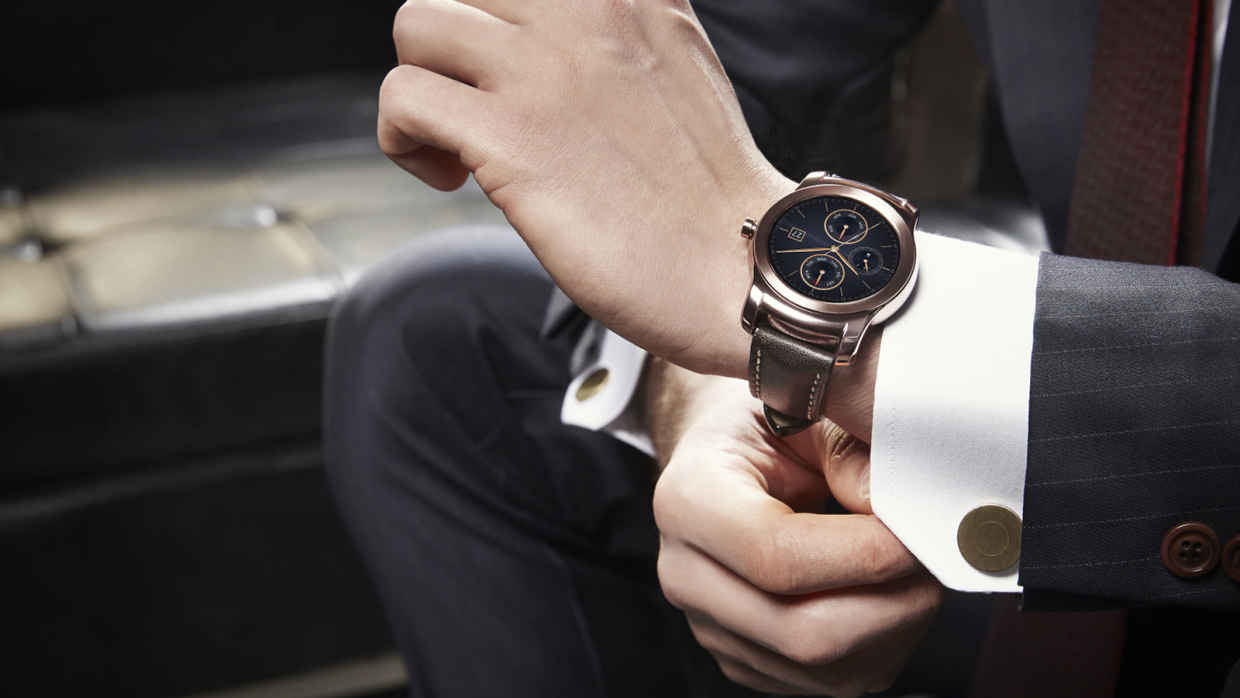 One of the things I really like about the LG Watch Urbane is that it doesn’t look like a gadget. Instead, it looks like a classic watch. This design choice could go a long way at distinguishing it from other smart watches, including the upcoming Apple Watch.

The LG Watch Urbane is expected to launch in the coming weeks at a price to be determined.

The wearable device will be officially unveiled at the Mobile World Congress (MWC) 2015, which begins on March 2 in Barcelona, Spain.

See also: A new report says that the Apple Watch will only be available at your local Apple Store, What Apple needs to learn from the MB Chronowing and Fitbit Surge smart watches, and JP Morgan: 5 percent of iPhone owners will soon be buying the Apple Watch.