You are using an outdated browser. Please upgrade your browser to improve your experience.
iDevices
by Brent Dirks
March 4, 2015

The next-generation “iPhone 6s,” which should hit the market sometime later this year, could be a nice upgrade from the current generation handset.

A new report from AppleInsider says that the new iPhone lineup will feature 2GB of RAM and possibly contain an Apple SIM.

Doubling the RAM would be a natural upgrade. Each iPhone since the iPhone 5 has only offered 1GB of memory. The iPad Air 2 was the first iOS device shipped with 2GB of RAM. More memory should help users navigate through open Safari tabs and apps even faster.

The possible addition of an Apple SIM to the iPhone is definitely interesting. 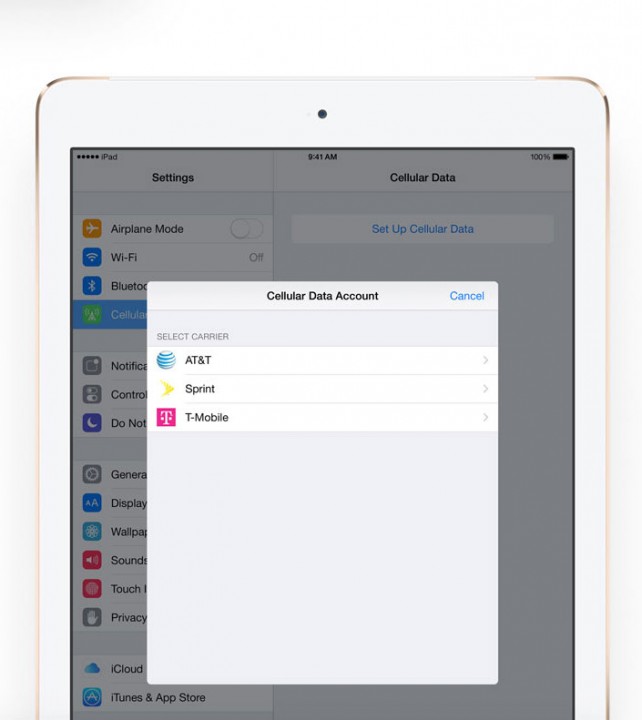 The iPad Air 2 with an Apple SIM.

First introduced last year with the iPad Air 2, the special technology allows users flexibility to select and switch their wireless carrier directly from the iOS device. Verizon refused to participate completely while using AT&T with an Apple SIM permanently locked you into the carrier. In the U.S., that only gave users the option to freely switch between T-Mobile and Sprint.

More than likely, customers would have to purchase an iPhone at full price to take advantage of the Apple SIM technology, but it would still likely upset the powerful carriers.

Earlier this week, a report from the same site said another major addition to the new iPhone lineup would be the same Force Touch technology found on the Apple Watch.

As you probably remember, Force Touch can distinguish between a light touch and a harder tap, which could open up a huge number of new possibilities for interacting with iOS software and apps.

What to expect at Apple's 'Spring Forward' event on March 9
Nothing found :(
Try something else