You are using an outdated browser. Please upgrade your browser to improve your experience.
That iThingy You're Wearing
by Brent Dirks
March 20, 2015

Before the Apple Watch lands next month, ABC News was recently given a behind-the-scenes tour of Apple’s health and fitness lab where company employees secretly tested the device.

The complete report will air tonight on “Nightline” starting at 12:35 a.m. ET, but a portion of the piece was aired earlier today on “Good Morning America.”

Employees secretly volunteered for the lab studies and did a number of fitness activities like rowing, running, and yoga:

“[The employees] knew they were testing something, but they didn’t know it was for the Apple Watch,” said Jeff Williams, Apple’s senior vice president of operations. “We hooked them up with all the masks and so forth, but we would put on an Apple Watch covered up.”

Interestingly, Jay Blahnik also said that Apple has traveled to a number of climates – like Dubai and Alaska – to test out the watch in different extremes. 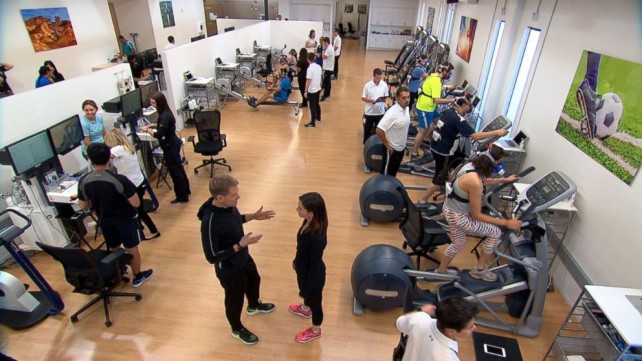 A look inside the secret lab. Photo: ABC News

You can view the complete video here.

I’ll be interested to see the entire report. It’s obvious that Apple is counting on the health and fitness features to help sell the watch. And it’s great to see that so much time and energy has been put in the sensors and technology.

A mid-range Apple Watch collection, with a sapphire display cover and stainless steel exterior, ranges from $549 to $1,049. Apple will also offer a number of other additional bands for the watch.

For other recent Apple Watch news, see: Apple Watch bands and adapters appear ahead of launch, Got a spare $10,000? This artist is looking for Apple Watch Edition donations, and As Apple Watch launch looms, Tag Heuer announces its own smartwatch. 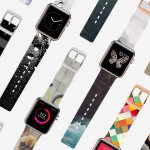 Apple Watch bands and adapters appear ahead of launch 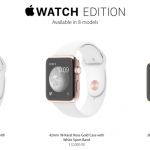 Got a spare $10,000? This artist is looking for Apple Watch Edition donations
Nothing found :(
Try something else