You are using an outdated browser. Please upgrade your browser to improve your experience.
All Things Mac
by Brent Dirks
March 23, 2015

Apple has just released a fifth beta version of OS X Yosemite 10.10.3 to registered developers and members of the public beta testing program. It can be downloaded directly from the Mac App Store or Apple’s Developer Center.

The software is labeled build 14D113c and arrives just seven days after the release of the fourth beta version. We’ll let you know if we find new features.

As you probably remember, the major feature of OS X Yosemite 10.10.3 is the is the Photos for Mac app that will replace both iPhoto for consumers and the professional-oriented Aperture.

Starting with the third beta version, Apple has included developer APIs for the Force Touch trackpads found on the new MacBook and revamped MacBook Pro line. Different functions can be programmed depending on how hard of a press is sensed.

The new version of OS X Yosemite is scheduled to officially arrive sometime this spring. And with the rapid increase in new beta releases, I suspect users shouldn’t have to wait much longer. 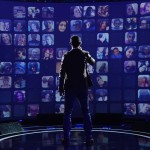 The AppAdvice week in review: Apple gets ready to 'cut the cord,' preps a 25-channel TV streaming service
Nothing found :(
Try something else