You are using an outdated browser. Please upgrade your browser to improve your experience.
iDevices
by Bryan M. Wolfe
March 3, 2015

Google’s in a pickle. At the end of the year, its iOS search contract with Apple expires. The move could cost the company $7.8 billion in lost revenues, or about 10 percent of its gross revenue, according to AppleInsider.

As detailed in a new memo from UBS, the report says that the loss of the iOS contract “could inflict substantial damage” to Google. Nonetheless, all wouldn’t be lost since some iOS users would elect to switch back to Google even if it was no longer the default search service.

In this case, “assuming a 50 percent “switchback” rate, that would roughly halve the impact on gross revenue, and reduce the net revenue hit to 3 percent, in part because Google would no longer be paying Apple a lump sum.”

Google has been the default search engine for iOS since the first iPhone was released in 2007. Recent rumors suggest that Apple would like to make a change. While Yahoo is the most likely candidate to replace Google, Apple could decide to introduce their own search engine for the iPhone/iPod touch and iPad.

In iOS, Apple currently offers a choice of four search engines. These include: Yahoo, Bing, DuckDuckGo, and Google, the default.

I’m probably one of those folks who would keep using Google as the search engine on my iOS devices. Perhaps it’s more out of habit, but I find Google much better than the other choices available. While the thought of Apple creating their own search engine sounds intriguing, no one wants another iOS Maps fiasco.

In 2012, Apple introduced a native Maps app in iOS 6. In doing so, it replaced Google Maps, which had been the default Maps option since the first iPhone launched in 2007. This change didn’t sit very well with the public, at least in the short-term. Eventually, Google reintroduced a third-party Maps app for iOS. At the same time, Apple has steadily improved the native Maps app in both iOS 7 and iOS 8. 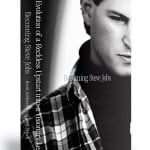 A new Steve Jobs bio is coming this month
Nothing found :(
Try something else