You are using an outdated browser. Please upgrade your browser to improve your experience.
All Things Mac
by Brent Dirks
March 24, 2015

Just a few weeks after Apple officially introduced Force Touch trackpads on the new MacBook and revamped 13-inch Retina MacBook Pro, Inklet from Ten One Design is the first third-party app to support the technology.

Version 1.6 of Inklet will work with a number of popular programs like Photoshop, Illustrator, Pixelmator, Lightroom, and many more.

While the app has always worked with the multitouch trackpads found on other Macs, Ten One Design says that Force Touch capability “makes measuring pressure simpler and more reliable.”

You can download Inklet now from Ten One Design’s site for $24.95. A demo version of the app is also available to try for free.

A bundle that includes Inklet and the company’s Pogo stylus costs $34.90.

Currently, you can purchase a 13-inch Retina MacBook Pro with the Force Touch trackpad starting at $1,299. The pictured new MacBook will be available starting next month and also start at the same price.

As you probably remember, Force Touch-enabled trackpads can detect how much pressure a user is placing on the surface and provides haptic feedback. That allows users to accomplish different functions depending on how hard the trackpad is pressed.

The Apple Watch features similar technology, and the next-generation iPhones have also been rumored to include Force Touch as well.

For other recent app news today, see: Get Up – Work Break Timer encourages you to be more active, Get revenge on the aliens in Power-Up, an intense space shooter coming April 2015, and Premium video streaming service Vessel launches, free for a limited time. 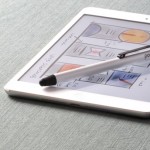 Ten One Design Unveils A Revamped Version Of Its Pogo Stylus 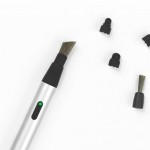 Ten One Design Introduces Five New Tips For Its Pogo Connect Bluetooth Stylus
Nothing found :(
Try something else