Along with a new iOS 8.3 beta, Apple has just seeded a third beta version of OS X Yosemite 10.10.3 to registered developers. It can be downloaded now through the Mac App Store or Apple’s Developer Center.

Most notably, the new software contains Force Touch APIs for developers. The new technology is included on the pictured 12-inch MacBook introduced on Monday along with an updated version of the MacBook Pro.

Force Touch-enabled trackpads can detect how much pressure a user is placing on the surface and provides haptic feedback. That allows users to accomplish different functions depending on how hard the trackpad is pressed.

The Apple Watch features similar technology, and the next-generation iPhones have also been rumored to include Force Touch as well.

Earlier this month, Apple released a version of OS X Yosemite 10.10.3 to members of the Public Beta program.

The software is expected to officially arrive sometime this spring. The biggest new feature is the Photos for Mac app that will replace both iPhoto for consumers and the professional-oriented Aperture. 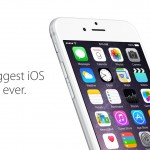 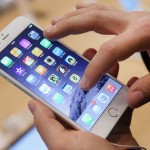