You are using an outdated browser. Please upgrade your browser to improve your experience.
Mind On My Money
by Joe White
March 3, 2015

The app, developed by Intuit, lets users access and interact with their Mint.com account from an iOS device. It’s available free of charge on the App Store and is optimized for the iPhone, iPad, and iPod touch.

Though already boasting a number of impressive features (including detailed charts and graphs, finance goals, and 128-bit encryption), Mint for iOS is now even better thanks to its latest update. As mentioned, bill reminders have been added in the updated application, allowing users to really take control of their finances using Mint. Features include:

Besides the above, users can also take advantage of a number of new accessibility options (“Split Transactions” and “Transaction Detail” pages are now available). More minor changes – including “squished bugs” – have also arrived in version 4.1.0 of the app, the developer adds.

You can download Mint for iOS free of charge on the App Store, and as mentioned it’s optimized for the iPhone, iPad, and iPod touch. Of course, the application requires users to have a Mint.com account. 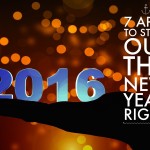 7 apps to help you start off the new year right 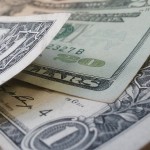 Check your spending at a glance with Expenses OK
Nothing found :(
Try something else