You are using an outdated browser. Please upgrade your browser to improve your experience.
That iThingy You're Wearing
by Bryan M. Wolfe
March 16, 2015

Preorders for Apple Watch are set to begin on Friday, April 10. That is also the day Apple will begin allowing would-be customers to try on one of the devices at one of the company’s retail stores. Those tryouts won’t require an appointment, as once believed, according to 9to5Mac.

The site has confirmed that appointments won’t be necessary, though they will be accepted. In other words, walk-ins are fine, although that could be a slow process.

According to an internal Apple memo to retail store employees:

…appointments can be made online or through the Apple Store app— they’re recommended, but not necessary. Customers who come to your store without one will be taken care of…

Our advice: Make an appointment if you really need to try on a device before making a purchase. Otherwise, you’ll probably need to stand in line for a while, especially during the two weekends ahead of the official Apple Watch launch on April 24.

I plan on making my Apple Watch purchase online once preorders are accepted. I’ll return it to the store, only if necessary. I’d rather avoid the crowds.

See also: Apple’s Watch Edition is not made from ‘new gold’ after all, Stuck with your Apple Watch configuration? This flowchart can help, and A new startup lets you rent the Apple Watch before you buy it. 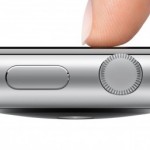 Reuters reports that 25 percent of Americans want an Apple Watch

The AppAdvice week in review: Cupertino discusses Apple Watch, the new MacBook and ResearchKit
Nothing found :(
Try something else