You are using an outdated browser. Please upgrade your browser to improve your experience.
Apple's Ups & Downs
by Brent Dirks
April 28, 2015

The iPhone was once again the star of the show during Apple’s second quarter of fiscal year 2015.

During the period ending on March 28, Apple sold a whopping 61.2 million handsets. That’s an all-time record for the quarter.

The iPad, however, is heading in a decidedly different direction. Apple sold 12.6 million tablets during the quarter, which was a 23 percent drop compared to the same time frame in 2014. For the first time since 2011, Mac revenue even surpassed what Apple made on iPad sales, which is definitely surprising.

During the conference call with analysts, Apple CEO Tim Cook said he was still optimistic about the iPad’s future:

So my belief is, as the inventory plays out, as we make some continued investments in our product pipeline — which we’re doing, that we already had planned and have had planned for a long time — between that, the inventory playing out, the enterprise starting to take over, I believe the iPad is an extremely good business over the long term. When precisely it starts to grow again I wouldn’t want to predict, but I strongly believe that it will.

But here are four ways Apple can help to reverse the slumping sales trend.

Release the long-rumored “iPad Pro.” There’s no real doubt that a larger, more professional-oriented iPad is coming as Cook even slyly referenced “continued investments in our product pipeline” during Monday’s call. But Apple needs to finally step up and release the device.

While the all-new MacBook is spectacular to see in person, I’ve been holding out for a similar device running iOS. Current rumors point to an iPad with a 12.9-inch screen and maybe even an included stylus. I would whip out my credit card in a second to purchase the larger form factor – and I know I’m not the only one.

Once and for all banish the 16GB storage option. This one is simple. Profit margins be damned, Apple needs to retire the 16GB iPad and iPad mini once and for all. The least expensive tablet option needs to feature 32GB of storage, and buyers can pay more for a 64GB or 128GB version.

Figure out where the iPad mini fits in. The iPad mini has had an interesting, albeit short, history. Back in 2013, Apple proudly packed the iPad mini 2 with the same internals (the A7 chip and 1 GB of RAM) as the larger iPad Air. Buyers could simply pay more for a larger screen.

But the landscape changed dramatically last year. The iPad mini 3 offered exactly one improvement from the previous generation – a Touch ID sensor. Everything else remained the same, and I advised friends and family to save their money and purchase a cheaper iPad mini 2. Apple has a decision to make – either the iPad mini line should offer similar specs to the larger iPad Air, or it’s the decidely cheaper, less capable little brother.

Give users more reasons to upgrade. I will happily admit my family owns way too many iPads, four in all. But short of an iPad Pro, I don’t see upgrading any time soon because Apple hasn’t really added any new “killer” features to the tablet line. While I appreciate thinner and lighter iPads, that’s not a good enough reason – at least for me – to upgrade. I’d happily purchase a slightly thicker iPad with better battery life or a tablet with the same Force Touch technology as the Apple Watch.

What do you think Apple should do to help spur iPad sales? 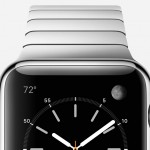