You are using an outdated browser. Please upgrade your browser to improve your experience.
That iThingy You're Wearing
by Jeff Byrnes
April 14, 2015

There have been quite a few people concerned about the long wait times for Apple Watch. The wearable began preorders on April 10 at 12:01 a.m. PDT, and we watched shipping times slip into June within less than an hour. In less than six hours, all models of the smartwatch were sold out and many buyers are looking at delivery times that extend into June, July, and August. According to a recent MacRumors report, though, some of these orders could ship earlier than anticipated.

A MacRumors reader, Andrew Turko, sent an email to Tim Cook and quickly received a phone call back from Apple’s executive relations team. In this phone call, the executive mentioned the long wait times for earlier devices, like the iPhone 6 and iPhone 6 Plus. The shipping estimates for these devices were often much longer than the actual wait times, and it was suggested this might happen with Apple Watch, too.

[Apple] said that June preorders will most likely ship sooner than June. Of course he didn’t make any promises, but that’s the reason Apple is announcing such an extended ship date after all – to avoid disappointment through false guarantees.

Turko’s email also focused on the fact that Apple Watch won’t be available in stores on April 24, even though that is the advertised launch date for the wearable. So far, Apple is insisting that all smartwatch purchases must be made online, but apparently Turko has been told that those plans are not final. It’s still not clear if Apple Stores will have stock of the smartwatch to sell on launch day, but at least the company is still thinking about it.

This exchange makes one thing perfect clear, though: Apple’s executive team is still responsive to customer feedback. Many critics of the Turko’s email insisted that Cook would never read it and he would never get a reply, but he received a personal phone call from Apple’s executive team. He was told that Cook personally read the email, and was concerned about the points brought up in the letter.

See also: Scalpers on eBay take advantage of the Apple Watch hype, Politely prepare for Cupertino’s wearable with these 5 tips for Apple Watch etiquette, and Pandora Radio for iOS updated with support for Apple Watch 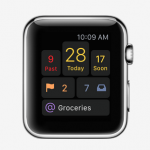 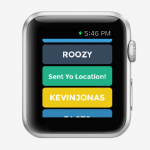 Yo! This popular quick messaging app has been updated for the Apple Watch
Nothing found :(
Try something else