You are using an outdated browser. Please upgrade your browser to improve your experience.
That iThingy You're Wearing
by Joe White
April 8, 2015

With preorders set to begin this Friday, there isn’t much we don’t already know about Cupertino’s long anticipated Apple Watch. Though, until now, at least, one final mystery had concerned the device’s packaging – something Apple usually puts a good deal of effort into designing and producing.

If a series of Instagram-posted images are to be believed, the packaging for the Apple Watch has now been revealed. Below, we’ve included a handful of pictures of the smartwatch resting half inside what appears to be its retail packaging; there’s also a snapshot of the packaging for Apple’s Watch bands, which will be sold separately online and in-store. The pictures surfaced online from Instagram user Jeremy Gen’s account (@jammygan). This account, however, has since been switched over to private, meaning Web users need to request to follow Gam in order to view his various images. 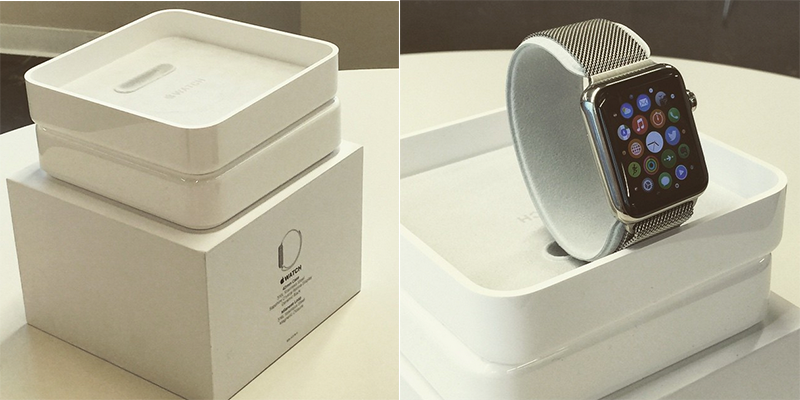 The packaging for the stainless steel Apple Watch with Milanese Loop. 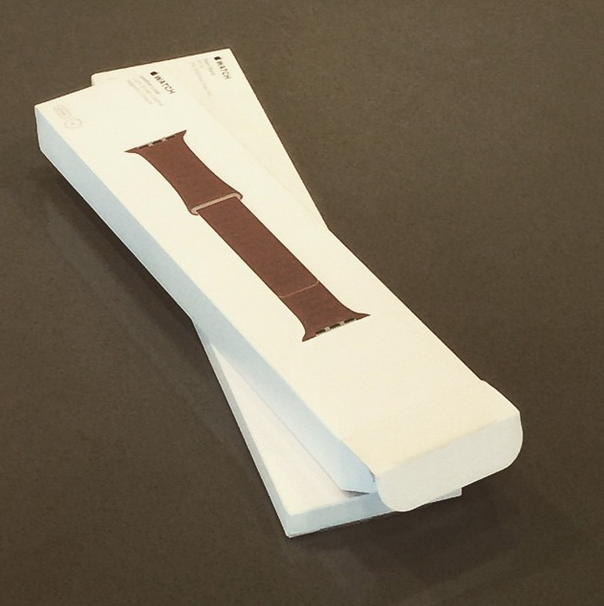 The packaging for the brown leather Apple Watch band.

MacRumors posits that the pictures may have been taken at the Daily Mail’s offices in New York City, and it could be that the tabloid newspaper received an advance Apple Watch unit in order to prepare a review of the device. The images could, on the other hand, be completely fake; we’ll have no way of knowing until the smartwatch begins reaching customers in a couple of weeks, on April 24.

Apple Watch news has been ramping up as we approach preorder day. For instance, we heard yesterday that in-store reservations for the device would be limited to one per customer, and that Apple would enforce fairly strict rules for customers collecting reserved smartwatches. Earlier in the day, the Apple Watch also made its reality TV debut thanks to none other than Pharrell Williams.

You’ll indeed be able to preorder an Apple Watch this Friday, April 10, and preorders for the device are due to launch on the Apple Online Store at 12:01 a.m. PDT. On the same day, reservations for in-store pickup open, and prospective customers will also be able to try an Apple Watch on at Apple Retail Stores.

See also: Get into shape with your iPad and these apps, Hitch-a-Ride provides a social concept for your commute, and Grovemade unveils its beautiful and handcrafted Laptop Stand for any MacBook. 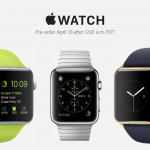 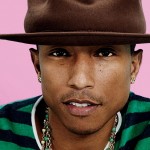 Thanks to Pharrell Williams, the Apple Watch has made its reality TV debut
Nothing found :(
Try something else