You are using an outdated browser. Please upgrade your browser to improve your experience.
That iThingy You're Wearing
by Joe White
April 17, 2015

It looks like a red Sport Band for the Apple Watch, or perhaps even a (RED) band for the smartwatch, could be in development. Because the image of such a band recently appeared on sportsperson Will Carling’s Twitter page, alongside an interesting (and, currently, unreleased) U.K. power plug.

The plug, pictured below, is indeed designed to be used in the United Kingdom, and it features three fold-out prongs. When folded in, the prongs rest flat against the body of the plug, allowing for easier transportation. However, the prongs can be folded out in order for the charger to be used with a mains power socket in the country. Carling posted a picture of the plug alongside an image of the red Sport Band for Apple Watch, adding in a Twitter exchange that each reached the former pro rugby player from none other than Jony Ive, senior vice president of Design at Apple. As MacRumors explains, Ive “is known to be a rugby fan, and Carling was the former captain of England’s national rugby team from 1988 to 1996.” 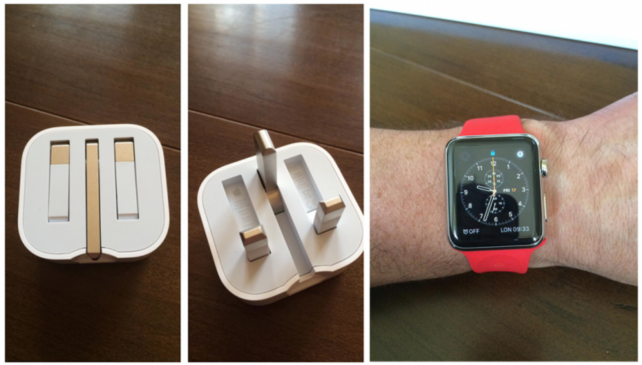 Though we’ve seen a number of custom Apple Watches appear in the wild over the last few weeks, most recently including a gold-on-gold smartwatch on the wrist of Karl Lagerfeld, the red Sport Band pictured above could be more than a simple custom-designed gift from Apple to Carling. MacRumors adds that Apple could go on to release a Product (RED) Sport Band for its wearable, especially since (RED) Smart Covers and Smart Cases for the iPad and iPad mini have long been available on the Apple Online Store. Plus, don’t forget that (RED) iPods are also available to purchase from Apple, with proceeds going to The a Global Fund to Fight AIDS, Tuberculosis, and Malaria.

(RED) Sport Bands aside, as a U.K. resident, I also hope that fold-in plug is shipping with U.K. Apple Watch orders, because the design seems great. We’ll keep you updated with further information on this front as we receive it.

If you have an Apple Watch preordered, be sure to call by our sister site, WatchAware, for a preview of a number of anticipated Watch apps. Among the most recent to be added is a preview for Overcast, the popular podcast client from Marco Arment. 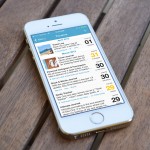 The popular journal app Day One is ready for day one of the Apple Watch
Nothing found :(
Try something else