You are using an outdated browser. Please upgrade your browser to improve your experience.
Pocket Gaming
by Joe White
April 5, 2015

Dual, a recent addition to the App Store, is an iOS shooter unlike anything we’ve seen before. This is because instead of pitting gamers against one another in a purely virtual sense, the app uses a wireless connection to allow players to shoot bullets from the screen of one iPhone to another.

Ideally, you need to stand opposite your opponent when embarking on a game of Dual, and you’ll need to have connected your two handsets together using either Wi-Fi or Bluetooth. Once this has been done, the real fun can begin. In the app, you’re first presented with a small, colorful blob, and you can move this object around using a tilt control system. You can also tap on your iPhone’s screen in order for this blob to fire off a few bullets, or you can hold down on your handset’s screen in order to charge up a particularly powerful shot. 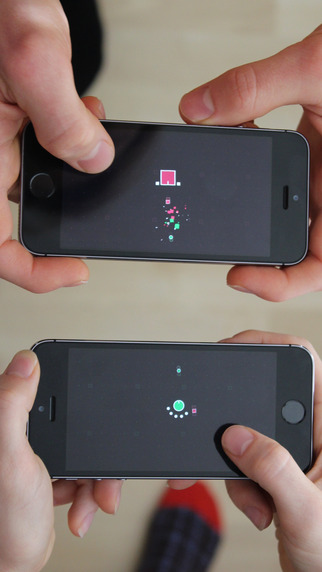 Dual for iOS, running on a pair of iPhone handsets.

Once your friend (or, rather, your foe!) has jumped into the game and your handsets are linked, then the bullets you fire from your iPhone will disappear at the top of your screen and will reappear on the other device. Clever, right? If you aim carefully enough, you’ll be able to blast your opponent out of the sky and bragging rights will be yours – at least until the rematch. Plus, you and your pal don’t have to go head-to-head; rather, Dual also features a friendly cooperative mode, too, called “Defend.” This will set you back a $1.99 in-app purchase (IAP).

The reason we love Dual so much is that it lets gamers have fun on their iPhones together, in person. It reminds me a lot of crowding around a pair of Nintendo GameBoys as kid, with a handful of other friends, embarking on a few head-to-head rounds in Pokémon. In a world that sees most social gaming take place remotely, Dual forces iPhone owners to game together, in the same room, ideally standing face-to-face.

To encourage gamers, Dual supports stats, achievements, and leaderboards; iPhone owners can also collect different color sets unique to their iOS device, and these can be unlocked as gamers partake in further matches. Our only criticism is that the game is a little two-dimensional; more modes and additional content would go down a treat, and we hope Dual receives an update adding this in the near future.

To recap, here’s a complete list of features available in the app:

Dual can be downloaded free of charge on the App Store, and it’s optimized for the iPhone, iPad, and iPod touch. As mentioned, a $1.99 in-app purchase unlocks the full game.

Check out the new game now, or see: The 10 biggest technology stories this week: Last minute Apple Watch prep, Bendgate 2, Facebook’s Riff and more, Here’s how Apple Retail Stores are celebrating the launch of the Watch, and Pie in the Sky puts a futuristic, food delivery spin on the endless runner genre. 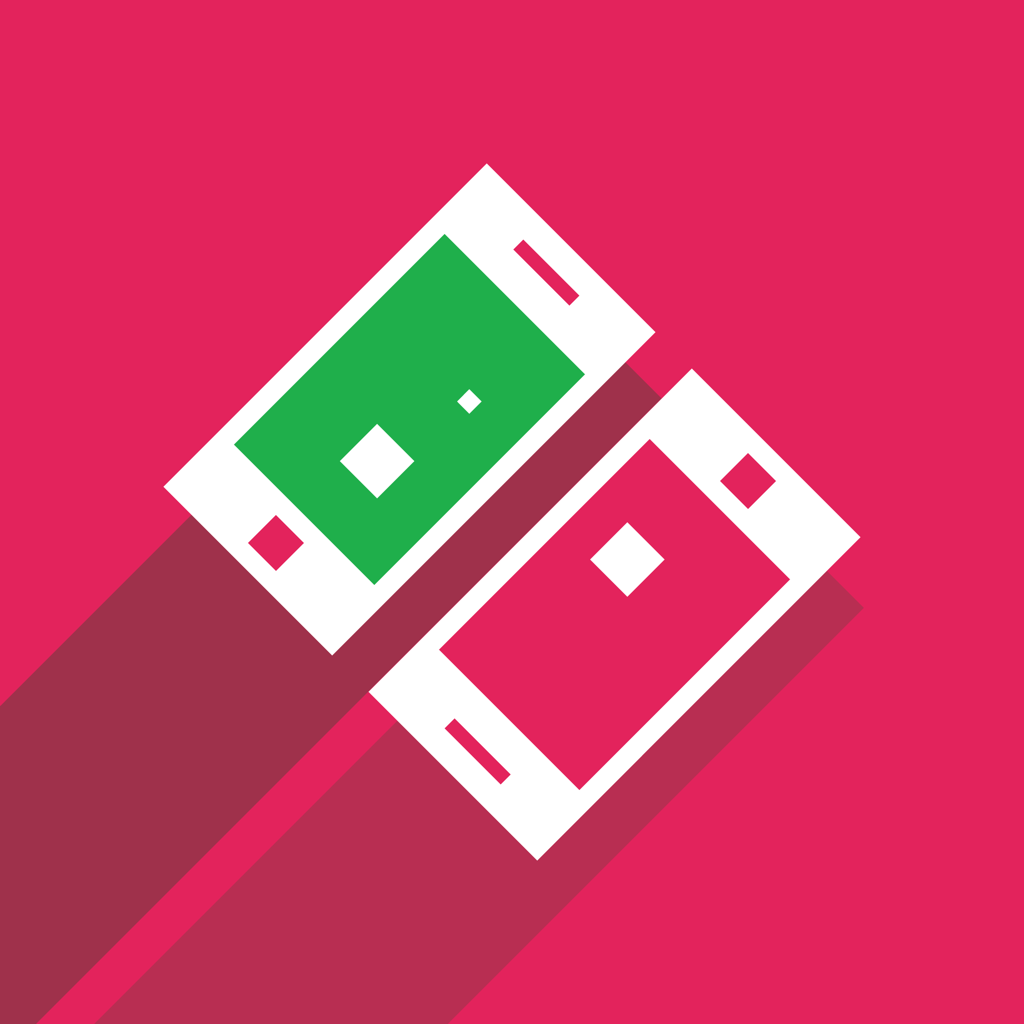 DUAL!
Seabaa, Inc.
Nothing found :(
Try something else