You are using an outdated browser. Please upgrade your browser to improve your experience.
Pocket Gaming
by Joe White
April 14, 2015

Gaming on the Apple Watch has left a lot of critics feeling more than a little skeptical, but this hasn’t stopped developers from thinking up new, innovative gaming experiences designed especially for Cupertino’s wearable. The general feeling among developers is that Apple Watch games should be short, fast, and fun, and this is exactly the kind of experience Eyes Wide Games hopes to offer with its recently announced sports games for the smartwatch.

In an email that recently reached our inbox, the developer has introduced Watch This Homerun, an upcoming game for the Apple Watch that “is based on timely touch-based gameplay.” You see, it seems in the Watch app that players must time a strike of the baseball bat using on-screen taps: “accurate taps send baseballs screaming into the bleachers; inaccurate taps send you to the bench,” the developer explains. The foundations of the gaming experience offered in Watch This Homerun, however, is 10-15 second gameplay based on the most “critical, distilled moments” of baseball. 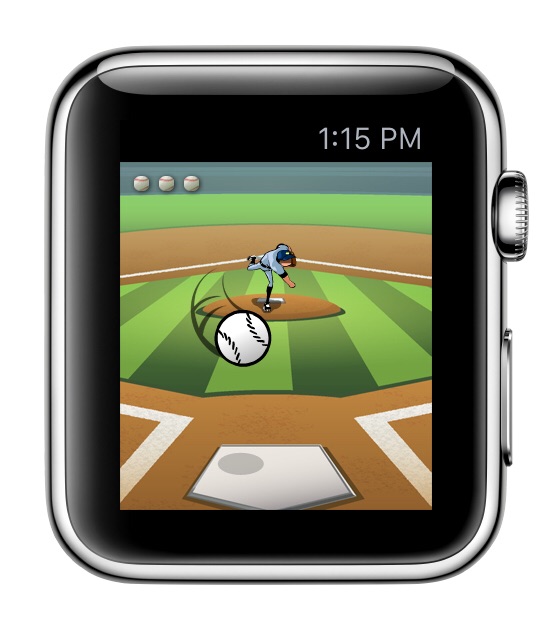 Watch This Homerun on Apple Watch.

This isn’t all Eyes Wide Games has planned, however. Further sports titles, including games based on soccer and boxing (respectively featuring, we imagine, penalty shooting and well-timed jabs and uppercuts), are also in the pipeline for the Apple Watch. First to launch, though, will be the developer’s Watch This Homerun, and we certainly can’t wait to try it out.

Indeed, the app reminds us a lot of Runeblade, an in-development application that aims to bring the role-playing game (RPG) genre to the Apple Watch. Much like Watch This Homerun, the user’s interaction with Runeblade is limited to seconds, rather than minutes, and the game is played over months, rather than hours. In an article published last week, I said:

This kind of quick-fire game setup might not solve all seven of WatchAware’s “reasons why the Apple Watch sucks for games,” but it does pose the question: perhaps through developers’ adoption of a new kind of gaming experience for the smartwatch – one that relies on simple graphics, sparse animation, and quick-fire, jump-in jump-out elements – mobile games on the Apple Watch might just work. I’ll admit, though: that is a big “might.”

You can check on WatchAware’s original criticism of Apple Watch gaming by clicking this link.

It’ll definitely be interesting to see how games adapt to Cupertino’s smartwatch. As a brand new platform, our understanding of the medium is going to develop the more we use it. I do think, however, that developers are on the right track with their development quick-fire games for the Apple Watch; battery life and display constraints are going to limit the length of our use of the device, and keeping user interaction to a minimum is a smart move. 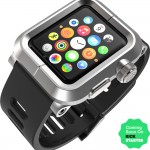 Now you can use myMail on your Apple Watch
Nothing found :(
Try something else