You are using an outdated browser. Please upgrade your browser to improve your experience.
Connected Theater
by Brent Dirks
April 13, 2015

Apple’s usual 30 percent cut of any subscription service apparently doesn’t extend to the Apple TV. According to a new report from Re/code, Apple only charges premium content providers 15 percent of monthly subscription revenue when users sign-up for the service using the set-top box.

Most of the apps on the Apple TV are free and only require users to authenticate with the cable subscription information. But some big-name providers are able to take home a little more revenue when users sign-up for their service on the box instead of an iPhone or iPad. Here’s more from the report:

But Apple didn’t extend its 30 percent policy to developers on its Apple TV platform. While Apple and its partners have never talked about it publicly, my understanding is that a handful of video services, including Netflix, Hulu Plus and pro-baseball’s MLB.TV, give Apple 15 percent of their monthly fees for any subscriber who signs up on Apple TV.

Probably the biggest name content provider on the Apple TV is the new HBO Now streaming service. Launched last week, users can access live and archived content from HBO on their devices, including the Apple TV, for $14.99 per month.

Also, Apple is even planning to launch a streaming TV service of its own this fall featuring content from ABC, CBS, Fox, and other providers.

More than likely, Apple could be using a lower cut of the revenue to help draw premium providers to the platform.

For other news today, see: Apple Watch preorders in the United States estimated at 1 million, Politely prepare for Cupertino’s wearable with these 5 tips for Apple Watch etiquette, and Is Twitter bullying celebs and publishers into using Periscope? 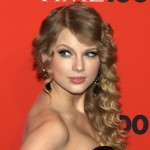 Apple is looking to nab exclusive content from Taylor Swift and other artists for its revamped Beats Music service
Nothing found :(
Try something else