You are using an outdated browser. Please upgrade your browser to improve your experience.
iWallet
by Brent Dirks
May 5, 2015

Apple has just recently updated its site to include 24 more credit unions and banks that now support Apple Pay.

All total in the United States, more than 250 financial institutions now support the mobile payment system.

In-store payment can be made with an iPhone 6, iPhone 6 Plus, or the new Apple Watch. The two handsets, along with the iPad Air 2 and iPad mini 3, can be used to make Apple Pay online purchases.

Originally hitting the United States last fall, Apple Pay could finally be expanding to Canada sometime before November. The service is also expected to arrive at some point in the United Kingdom and China.

For other news today, see: The next-generation Apple TV is expected to include a redesigned remote, The new block matching game Atom is both simple and challenging, and Try a new take on tower defense with Cookie Gluttons TD. 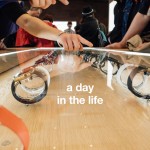 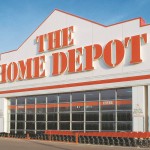 The Home Depot: yes, then no, to Apple Pay
Nothing found :(
Try something else