You are using an outdated browser. Please upgrade your browser to improve your experience.
That iThingy You're Wearing
by Brent Dirks
May 6, 2015

The Apple Watch is paying off nicely for resellers on eBay and Craigslist.

The new device has been in high demand and short supply since hitting the market late last month. Some watches are even being sold for twice their retail value, which is fascinating since the cheapest model starts at $349.

While the market seems to have cooled just a bit, a quick eBay search shows a 42mm Apple Watch with a White Sport Band recently sold for almost $1,200, even though it retails for $599.

And in a quick scan of my local Craigslist, I’m seeing a number of watches available for at least $200 to $300 more than the retail cost.

Starting late last week, any order for a 42mm Apple Watch or Apple Watch Sport is now listed to ship sometime in July. The 38mm editions of those watches are estimated to be delivered next month.

So it looks like, at least for the time being, resellers will be able to make a nice profit from Apple fans looking to nab the latest gadget. Has anyone looking to score a watch paid more than retail value on eBay or Craigslist?

For other news today, see: Apple should soon be offering in-store pickup for the Apple Watch, WWDC 2015: 7 more things Apple needs to include in the upcoming ‘iOS 9′ update for iPhone and iPad, and Long-rumored AppleBot Web crawler is the real deal. 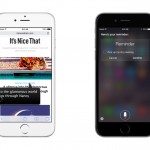 Apple should soon be offering a in-store pickup option for the Apple Watch
Nothing found :(
Try something else