You are using an outdated browser. Please upgrade your browser to improve your experience.
by Brent Dirks
May 1, 2015

The long wait for an Apple Watch has just gotten a little longer. Any 42mm Apple Watch or Apple Watch Sport order made from the U.S. online site today is slated to arrive sometime in July. As of yesterday, the site quoted a June delivery timeframe.

A number of other countries, like Germany, Japan, Hong Kong, China, and the United Kingdom are also showing the new delivery date for the larger watch.

If you’re looking to purchase a smaller, 38mm version, the situation is a bit better. Apple is still quoting a delivery timeframe of June. That could signal the larger watch version is more popular with buyers.

Apple has been able to ship a number of watch orders to customers before the estimated ship date.

Earlier this week, a new report said that the shipping delays were caused by faulty haptic motors. Just to note, no faulty units were ever shipped. 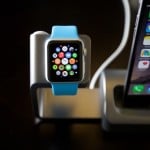 The awkward truth behind automated messaging on iOS and Apple Watch
Nothing found :(
Try something else