You are using an outdated browser. Please upgrade your browser to improve your experience.
Music
by Bryan M. Wolfe
May 4, 2015

The U.S. Department of Justice (DOJ) is looking into Apple’s business practices as it relates to the company’s upcoming launch of a new paid music streaming service. Apple is said to be pushing major music labels to force services such as Spotify and YouTube to abandon their free tiers. This would “dramatically reduce the competition for Apple’s upcoming offering,” according to The Verge.

Using its “considerable power” in the music industry, Cupertino is hoping to stop the labels from renewing Spotify’s license to stream free music. Doing so would put “Apple in prime position to grab a large swath of new users when it launches its own streaming service, which is widely expected to feature a considerable amount of exclusive content.”

“All the way up to Tim Cook, these guys are cutthroat,” one music industry source said.

Apple is expected to unveil a revamped Beats Music service next month at the Worldwide Developers Conference (WWDC). The service would compete with Spotify Premium, Rdio Unlimited, and other paid services.

I’m not sure how this report could be correct. Assume for a moment that it is. What does this mean for iTunes Radio, Apple’s own free music streaming service? We could find out very soon. WWDC is set to begin on Monday, June 8.

See also: Apple gives bad tidings to streaming music service Tidal, Apple is looking to nab exclusive content from Taylor Swift and other artists for its revamped Beats Music service, and WWDC 2015: 7 things Apple needs to include in the upcoming ‘iOS 9′ update. 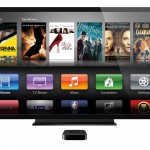 Ahead of a possible refresh at WWDC, Apple TV shipping times slip to 1 to 2 weeks 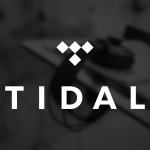