You are using an outdated browser. Please upgrade your browser to improve your experience.
Music
by Brent Dirks
April 10, 2015

Apple is hoping that exclusive content will help draw subscribers to its upcoming revamped Beats Music service. That’s according to a new report from Bloomberg.

Apple Inc. has asked Florence and the Machine and more than a dozen other artists for exclusive deals to promote a revamped Beats Music, and persuade people to ante up for what they’re accustomed to getting pretty much for free.

The company’s in talks with the British group, which is set to release an album in June, about giving Apple limited streaming rights to a track, and has approached Taylor Swift and others about partnerships, according to people familiar with the matter. The idea is that exclusives will be bait for music lovers loathe to pay for subscriptions.

Exclusive content is not a new tactic in the competitive streaming music marketplace. Tidal, which launched back in late March, has exclusive tracks from Beyonce and Rhianna.

Bloomberg also confirmed previous reports saying that Apple will charge $9.99 per month for the revamped service, the same price as other competitors like Spotify and Rdio. A family plan will be offered for $14.99 per month.

The service is expected to be officially unveiled at WWDC in June. It should be heavily integrated into iTunes, iOS, and the Apple TV.

It makes a lot of sense for Apple to pursue exclusive content for the service, especially since it will apparently be priced the same per month as its rivals. Would you subscribe to Apple’s service if it offered music that couldn’t be heard anywhere else?

For other news today, see: Forget the spin, we don’t yet know whether the Apple Watch is a success, Feel the Force: ‘Star Wars: The Digital Movie Collection’ launches on the iTunes Store, and Apple Watch shipping dates already listed as ‘June’ for many models. 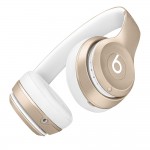 Forget the spin, we don't yet know whether the Apple Watch is a success
Nothing found :(
Try something else