You are using an outdated browser. Please upgrade your browser to improve your experience.
Accessories
by Joe White
May 12, 2015

Got an Apple Watch but unsure about your band choice? Usefully, a new website called iBandSwap aims to help smartwatch owners who’ve found themselves in this predicament.

The thinking behind iBandSwap is simple. If you have an unwanted Apple Watch Sport band, the website allows you to advertise this band online, either to trade or outright sell to other owners of Cupertino’s recently launched wearable. The website links, or “matches,” users with folks who are advertising a band which they’re interested in; from here, Watch owners can purchase or trade a band for the model they really want. According to MacRumors, 530 users have signed up so far and a reported 148 matches have already taken place.

Of course, because the Watch’s Sport bands come in two pieces (“S/M” and “M/L”), the site allows users to swap out their unwanted band piece for a duplicate of the one which fits. The folks behind iBandSwap note that they don’t charge users for the service, nor do they “take a cut of any deal you negitiate.” Presumably, once you find a match using the service, it’s up to you to finish off the deal.

Besides bands, iBandSwap also allows users to advertise their stainless steel link bracelet links, too. Apple’s link bracelet includes a number of removable links, and as such, many users will have spares left over after configuring a fit for their own wrist. Using iBandSwap, these links can indeed be sold to other Watch owners.

Previously, services like BandSwapper promised users the option of swapping a full band for a different size, back when we thought Apple was including two band sizes (rather than two band pieces) with its Watches. After more information concerning the Apple Watch Sport bands surfaced, BandSwapper ceased to function.

The more recent iBandSwap, however, indeed serves a useful purpose. More features are said to be incoming, too; we’ll keep you updated with significant developments in the coming weeks.

In the meantime, you can check out iBandSwap by clicking this link.

See also: Try a complete multiplayer experience with Hover Disc 2 for iPad, Your iPhone is a lot more useful with these 5 tools, and Fish Coming is a fun game of strategy and combat where you defend your pond. 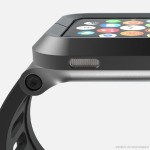