You are using an outdated browser. Please upgrade your browser to improve your experience.
iDevices
by Jeff Byrnes
May 12, 2015

The rumor mill is spinning up again, and the latest suggestions are that the next-generation iPhone will be available in rose gold and have significant upgrades to its internal memory and camera, among other features, according to reports from AppleInsider and 9to5Mac.

AppleInsider obtained a copy of a new research note issued by Ming-Chi Kuo of KGI Securities. The note reveals a number of changes planned for Apple’s so-called “iPhone 6s,” including the rose gold option, a new design with different casing materials to address the alleged bending issues of the iPhone 6 and iPhone 6 Plus, and the possible use of sapphire covers on 5.5-inch “Plus” models of the device.

Kuo also affirmed that the next-generation iPhone will feature Force Touch input, which he believes will be both the biggest selling point of the new model as well as the toughest bottlenecks in the supply chain for the device. The screen sizes are expected to remain at 4.7 and 5.5 inches, with no new 4-inch model, according to Kuo.

In other expected upgrades for the next-generation iPhone, Kuo expects to see a pixel upgrade of the rear-facing camera, likely to 12MP instead of the current 8MP iSight camera. An additional microphone is expected to be added near the speaker, to enhance voice quality. Finally, the new iPhone is expected to include the A9 processor with upgraded 2GB LPDDR4 memory.

Kuo’s expectations are for mass production of the next-generation iPhone to begin in mid-to-late August 2015. Total shipments are anticipated to be between 80 and 90 million units in 2015 with a two to one ratio of 4.7-inch models to 5.5-inch devices.

These upgrades are exciting to hear about, but I wonder about the rose gold option. Will this mean the case is actually made of gold, adding a luxury iPhone Edition model to complement the Apple Watch Edition, or will it just be another color choice? I hope Apple just adds rose gold as a color option without utilizing the premium pricing required to incorporate genuine precious metals in the design process. 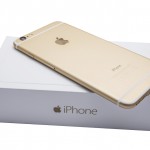 Apple's iOS holds onto its lead in enterprise, but loses ground in tablet share 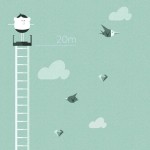 Break the world outdoor diving record in High Dive
Nothing found :(
Try something else