You are using an outdated browser. Please upgrade your browser to improve your experience.
Connected Theater
by Brent Dirks
June 1, 2015

While Apple’s streaming music offering is apparently set to debut at WWDC, a new report from Re/code said the company’s rumored subscription TV service won’t be announced at the conference.

The Cupertino technology company has told network executives the planned unveiling will be postponed because Apple has yet to finalize the licensing deals. Industry executives predict Apple’s Web TV offering may not launch until later this year, or in 2016. Technology and money issues remain sticking points.

Apple wanted to launch a subscription TV service in early fall to coincide with the start of the new broadcast television season. But the debut got bogged down by negotiations over financial terms and new technology that would be required for broadcasters to deliver local programming to Apple’s Web TV service.

The service was first rumored back in March. At that time, a report said that it would cost subscribers $30 to $40 per month and offer a number of channels from big-name providers like ABC, CBS, Fox, and ESPN.

A next-generation Apple TV might also be unveiled at the event next week in San Francisco.

I have really enjoyed the similar Sling TV service, so I was interested to try out Apple’s version. But I guess we will be waiting for a little while longer.

For other news today, see: AT&T and Verizon are changing how iPhones will be sold at your local Apple Store and Microsoft reportedly purchases Wunderlist developer 6 Wunderkinder. 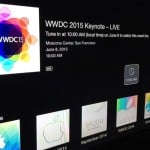 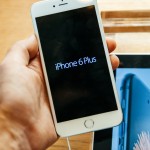