You are using an outdated browser. Please upgrade your browser to improve your experience.
Music
by Brent Dirks
June 10, 2015

A little less than three weeks before its official launch later this month, Apple Music is already being investigated due to antitrust concerns. That’s according to a recent report from The Wall Street Journal.

The Attorney Generals from New York and Connecticut are investigating if the music labels are colluding with Apple to undercut other streaming competitors. Namely, a focus is on Apple Music’s lack of a free, ad-supported listening tier like Spotify.

An investigation was first disclosed in an email sent from lawyers of music label Universal. Here’s more from the report:

“This letter is part of an ongoing investigation of the music streaming business, an industry in which competition has recently led to new and different ways for consumers to listen to music,” said Matt Mittenthal, a spokesman for New York Attorney General Eric Schneiderman, in a statement.

“To preserve these benefits, it’s important to ensure that the market continues to develop free from collusion and other anti-competitive practices.”

All users will receive a free, three-month trial to begin. Subscribers will receive access to the streaming music catalog. The Connect network and Beats 1 Radio will be available to all users for free.

A monthly subscription will cost $9.99. A family plan that will allow up to six users is $14.99 monthly.

For other recent Apple Music news, see: Spotify doesn’t believe in Apple’s ‘all paid’ music plan, Jimmy Iovine and Eddy Cue discuss Apple Music in a new interview, and How will Apple Music stack up in the streaming music world? 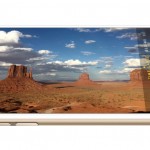 The 'iPhone 6s' could be sporting a vastly improved front camera

Apple’s iOS 8.4 will offer a permanent fix to the iMessage crashing bug
Nothing found :(
Try something else