You are using an outdated browser. Please upgrade your browser to improve your experience.
Apple's Software
by Brent Dirks
June 11, 2015

The revamped Notes app in iOS 9 is getting a lot smarter. First spotted by developer Patrick Balestra, the app automatically recognizes flight information and then will display the flight status.

If you’ve installed iOS 9 and want to see the feature in action, just open up Notes. Type in the flight information, like seen below, and you can view its real-time status. Unfortunately, the information isn’t appearing in other parts of iOS 9 like Spotlight or Siri. 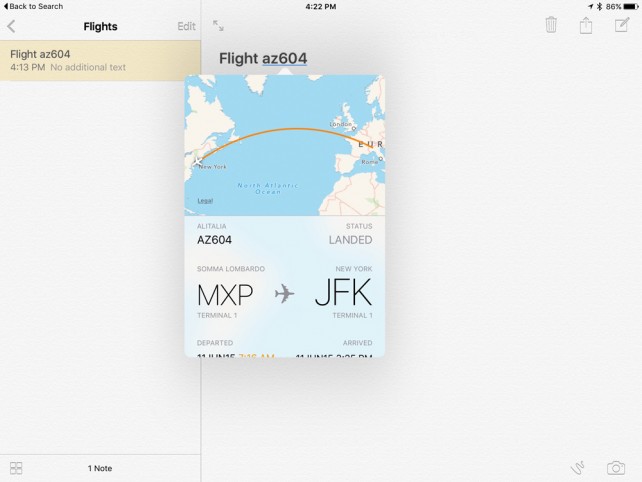 With the new iOS 9 Notes app, you can do things like add a sketch, photo, map, or URL to information. Notes will sync through iCloud and be available on all your devices.

Apple officially unveiled iOS 9 during its WWDC keynote on Monday. The first beta version is available to download by developers. A public beta program will arrive sometime next month. The software will arrive to the general public sometime this fall.

While you might be tempted to upgrade to iOS 9 right now, our own Bryan M. Wolfe says you should wait until the software is more stable. And that will definitely happen, hopefully by the time the first public beta is seeded. You can join the Apple Beta Software program here.

For other recent iOS 9 news, see: T-Mobile is the first carrier to support cellular Continuity in iOS 9, Here’s how iOS 9 actually saves space on your iOS device, and With iOS 9, you can track how often you have sex. 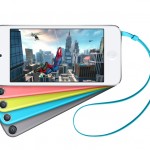 Is the iPod line continuing a slow march to the grave?
Nothing found :(
Try something else