You are using an outdated browser. Please upgrade your browser to improve your experience.
Connected Theater
by Brent Dirks
July 13, 2015

There will soon be another nice option available for cord cutters. And ironically, it’s coming from a cable company. Comcast has just announced Stream.

Available to Comcast Internet service subscribers, Stream users will be able to watch content from around a dozen channels – including HBO and the major networks – on their iOS devices or the Web. It also includes a large amount of on-demand content and access to a cloud DVR service.

According to Comcast, Stream will launch first in Boston starting sometime at the end of the summer and cost $15 per month. It will then be available in Chicago and Seattle with a national rollout sometime in early 2016.

Internet customers will be able to simply sign-up for the service online and then download the Xfinity TV app to start watching.

But Comcast’s inclusion of network TV providers like NBC, ABC, and CBS, along with HBO make it an interesting proposition, at least if you live in an area serviced by the cable giant.

As you probably remember, Apple has been rumored to be creating its own streaming TV service. While it was originally thought to be unveiled at WWDC in June, the newest information says it could be late 2015 or even sometime next year before it arrives for consumers.

Apple reportedly wants to charge $30 to $40 per month for a number of big-name networks along with popular channels like ESPN and FX.

And while I’m not in a Comcast service area, I think Stream is great news. More competition is great news for consumers. 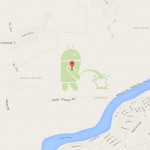 The 10 biggest technology stories this week: The Apple Watch launch, Google's Project Fi and the death of the Comcast/Time Warner Cable merger 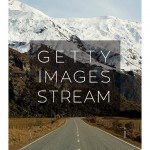