You are using an outdated browser. Please upgrade your browser to improve your experience.
iDevices
by Brent Dirks
August 27, 2015

A new report from 9to5Mac indicates that while Apple has tested such a device, it won’t be unveiled at the now-official event on Wednesday, Sept. 9. And it seems likely the rumored device won’t ever see the light of day.

Sources say that while Apple has been working on a new 4-inch iPhone with the capabilities of last year’s iPhone 6, the device is not yet ready to ship. Interestingly, Apple has also internally prototyped a new, smaller iPhone with a 3.5-inch display, the same size of the iPhone’s screen from the first model in 2007 to the iPhone 4S in 2011, but it does not appear that the company plans to move forward with actually releasing such a device.

The site’s reliable Mark Gurman also talked to sources who said that the iPhone 5c will be officially discontinued after the event, which is not exactly a huge surprise. The 5c doesn’t offer Touch ID technology or a 64-bit chip – both of which are standard on any modern iOS device.

But there is a bit of good news for fans of a smaller Apple handset. The iPhone 5s will apparently stick around in the lineup and occupy the free (with a two-year contract) tier that was previously held by the 5c.

While the new “iPhone 6s” and “iPhone 6s Plus” will take their place in the top tier of Apple’s handsets, the site says that the current-generation iPhone models will also remain in the middle of the lineup with a $100 price cut for each configuration.

While my colleague Bryan M. Wolfe recently predicted that the “iPhone 6c” could arrive sometime in October, I’m not all that surprised by the recent report.

No parts from the rumored handset ever leaked. And that’s a huge difference from the lead up to the iPhone 5c in 2013. If you don’t remember, we basically saw images of each and every model of the colorful handset before it was officially announced.

And I definitely agree with analyst Timothy Acruri at Cowen and Company. Earlier this summer, he said Apple shelved plans for the lower-margin handset because of spectacular sales of the iPhone 6 and iPhone 6 Plus that will more than likely to continue with a price cut. Why mess with success?

But no matter what, we will find out in a little less than two weeks. 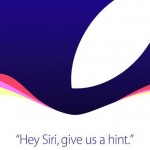 Apple announces the annual iPhone event with a focus on Siri 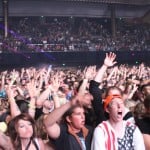 What to expect from Apple in September and beyond
Nothing found :(
Try something else