You are using an outdated browser. Please upgrade your browser to improve your experience.
iDevices
by Brent Dirks
August 17, 2015

With Apple set to introduce the “iPhone 6s” line at a special media event in a few weeks – on Wednesday, Sept. 9 –  at least two German phone carriers are preparing for the new phones to launch on Friday, Sept. 18.

That’s according to a new report from German site Macerkopf.

Using history as a guide

And that’s probably a pretty safe bet, using recent history as a guide – especially the iPhone 6 and iPhone 6 Plus calendar.

Back in 2014, Apple introduced the devices during a media event on Tuesday, Sept. 9. Preorders began in the early morning on Friday, Sept. 12, and the handset hit the market exactly one week later on September 19.

The one big question still outstanding is whether Apple will allow users to preorder the devices. But I suspect Apple learned from last year’s iPhone 6 and iPhone 6 Plus shortages and will have plenty of handsets available to purchase this time around, including for preorders.

Using the same calendar, Apple should release iOS 9 to the general public on Wednesday, Sept. 16. It is currently in beta testing with registered developers and members of Apple’s public beta program.

May the Force (Touch) be with you

Now with that out of the way, you may be asking what Apple is planning for new features in the next-generation handsets? A headlining feature will apparently be Force Touch. That’s the same technology that made its debut in the Apple Watch and can detect the difference between a short tap and a longer press.

You can see more about how Force Touch might work on the new iPhones in this interesting concept video from earlier this month. Even though it may take a few years to make its way throughout the iOS ecosystem, Force Touch really has a great chance to make it even easier to interact with our devices.

Other changes we’re expecting include camera improvements and the inclusion of 2GB of RAM, double what is found in the current generation. Along with a faster A9 chip, that should definitely make both models true speed demons. The handsets themselves should look nearly identical to the iPhone 6 models.

Along with new iPhones, we’re also expecting Apple to introduce the next-generation Apple TV and at least one new iPad. We’ll definitely keep you up to date with any more news that we hear about what Apple is planning to unveil next month. It should be fun.

The AppAdvice tech week in review: The Apple Car and Google's big move 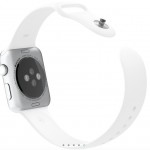 Apple makes it easier for watch users with larger wrists
Nothing found :(
Try something else